But what to photograph? All my christening packages include an album because as I photograph, I fill in the pages of the book in my head with wonderful shots.

So initially I need a welcoming shot that also identifies the location. 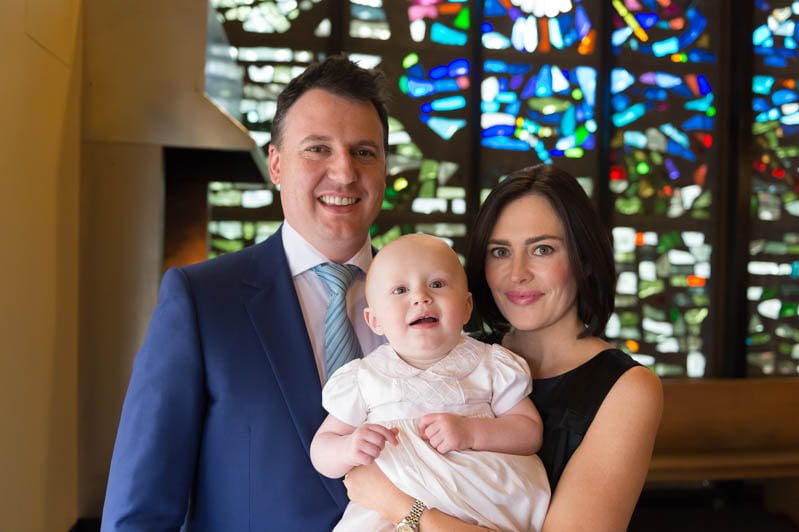 For me this shot is great – proud parents and importantly both of them, an infant looking at the camera and a background of stained glass providing the cue that they are in a church.

But Monte had two siblings and I wanted to include them in the initial ‘introductory’ pages. This shot, unposed, worked well – both siblings looking happy and providing a context, standing outside a door. 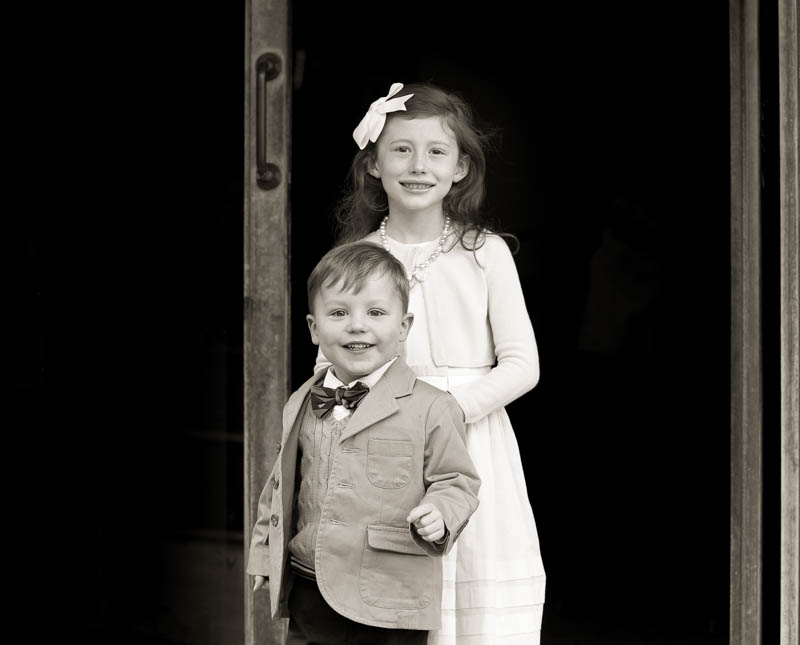 Then I wanted to introduce Monte’s extended family and circle of friends using images that suggest he is the focus of attention; so I looked for images like these. 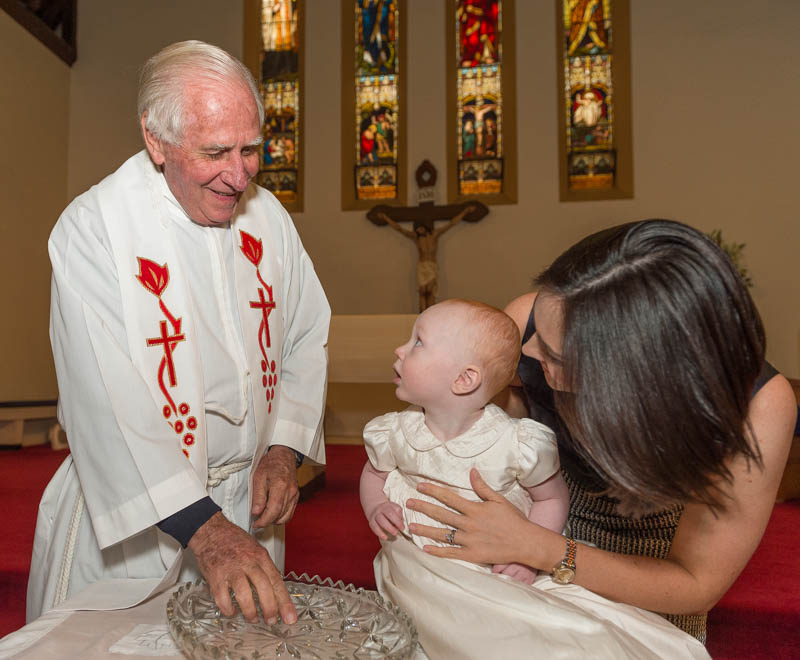 Monte’s look of apprehension in this image is then reinforced by an image which introduces the priest and the comforting role of his Mum. I have exposed the background to pick up that it we are in a church and I use a special flash that avoids harsh light.

Then I photograph the baptism. Given how crowded the scene was I was lucky to catch Monte’s attention. 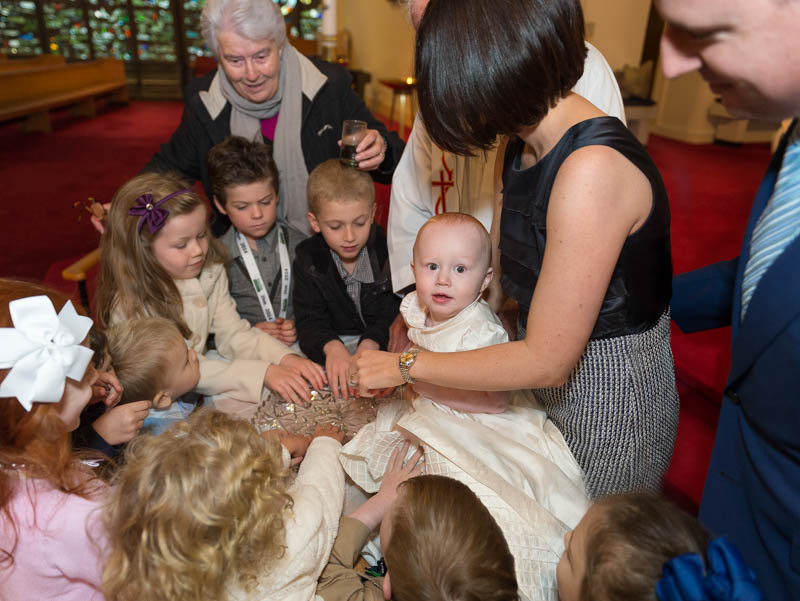 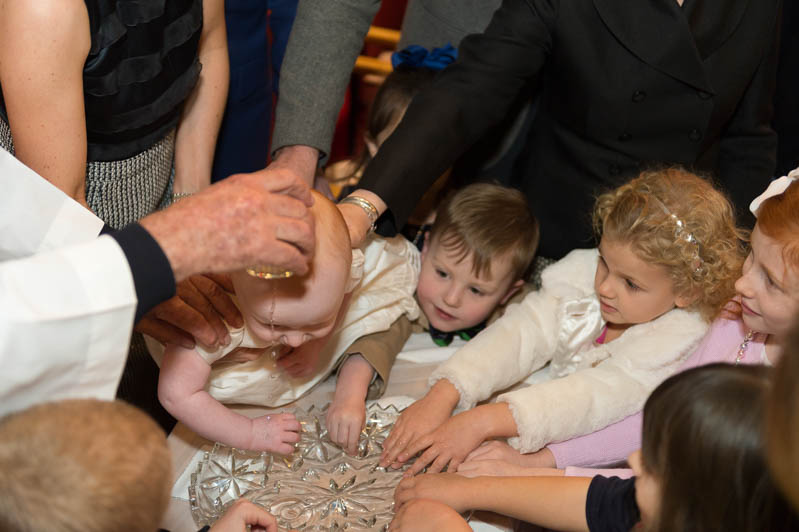 Then I photograph the baptised infant being congratulated. 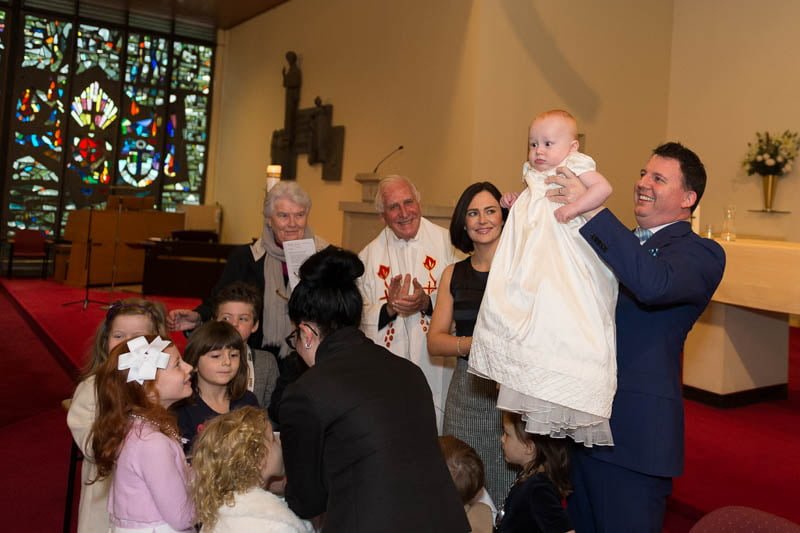 Then I photograph the proud grandparents, pleased that a tradition has been passed on to their younger generation. 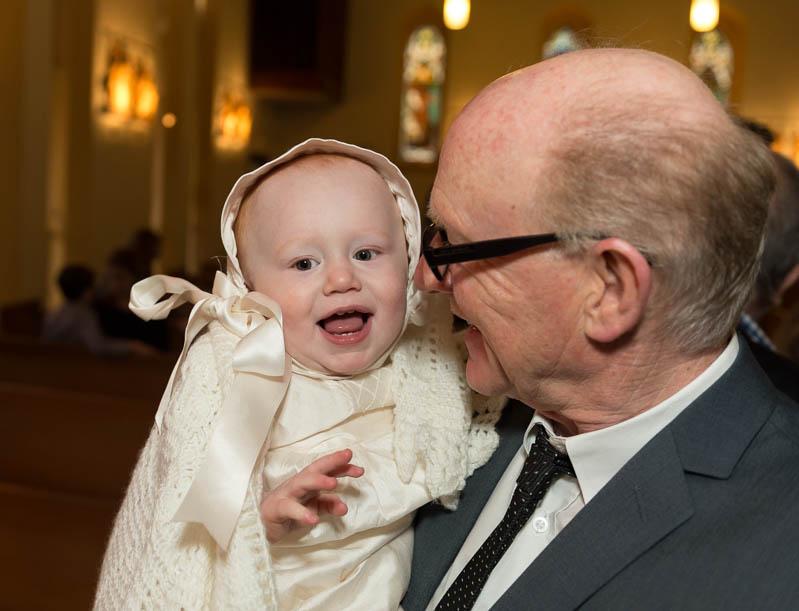 Then I want an image linking the church to the function afterwards. This is because in the album I don’t want an abrupt transition between the church and the function. This photo of Monte in the car, his familiar environment, captures his joy. He is no longer apprehensive but ready for a party. As a bonus, his Mum looks wonderful as she communicates with him and you can just see his sister doing the same. This image isn’t posed –  I was in the right place at the right time, albeit looking for an image like this. 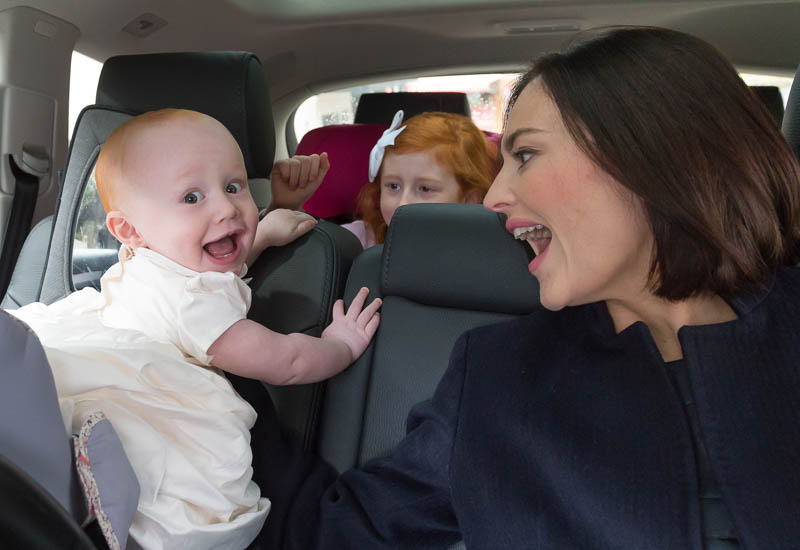 Then to the function…. 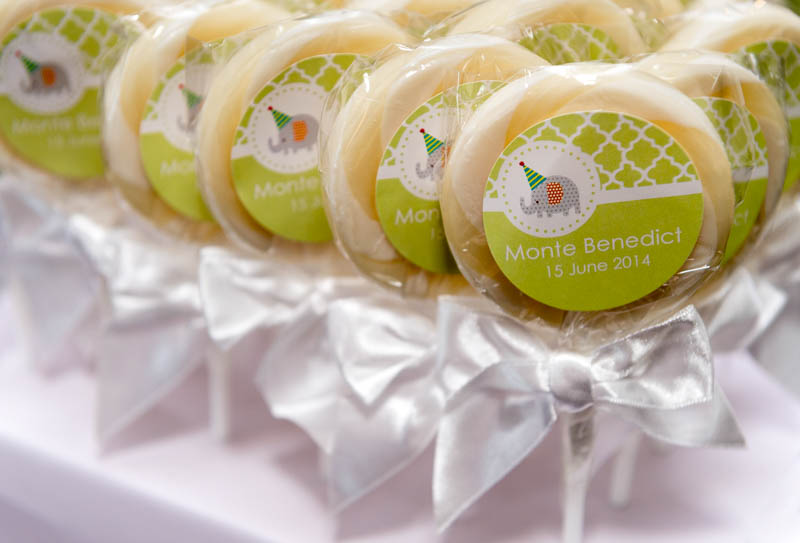 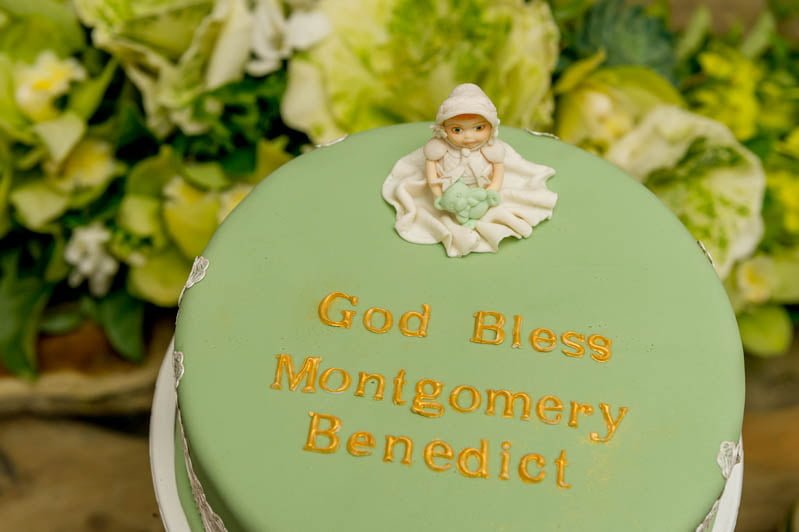 Then the cake cutting. 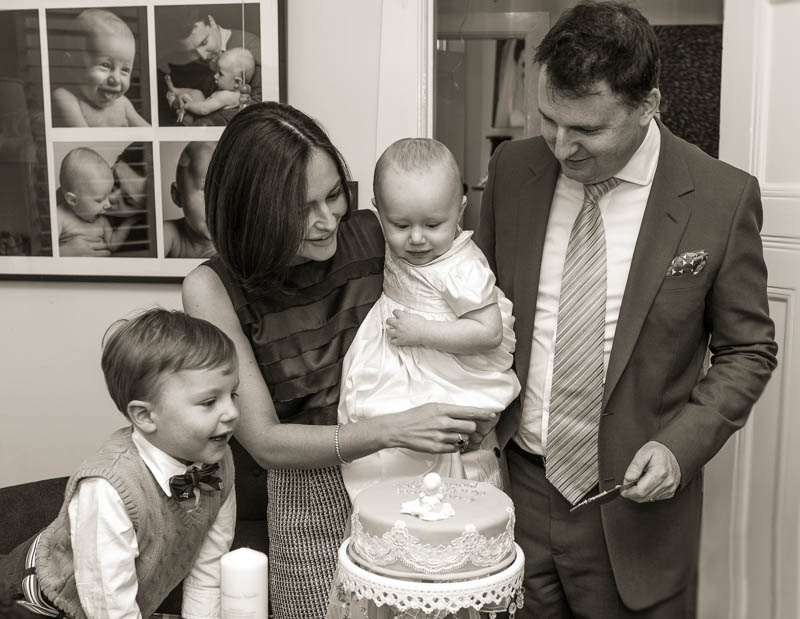 Then a mini family portrait session. I learnt this lesson when I once took a brilliant shot of the christened baby with a man – the man was his uncle and the Mother was furious that there wasn’t a photo of the infant with his father that was equally as good. Now I make sure that I capture the right people, brilliantly! 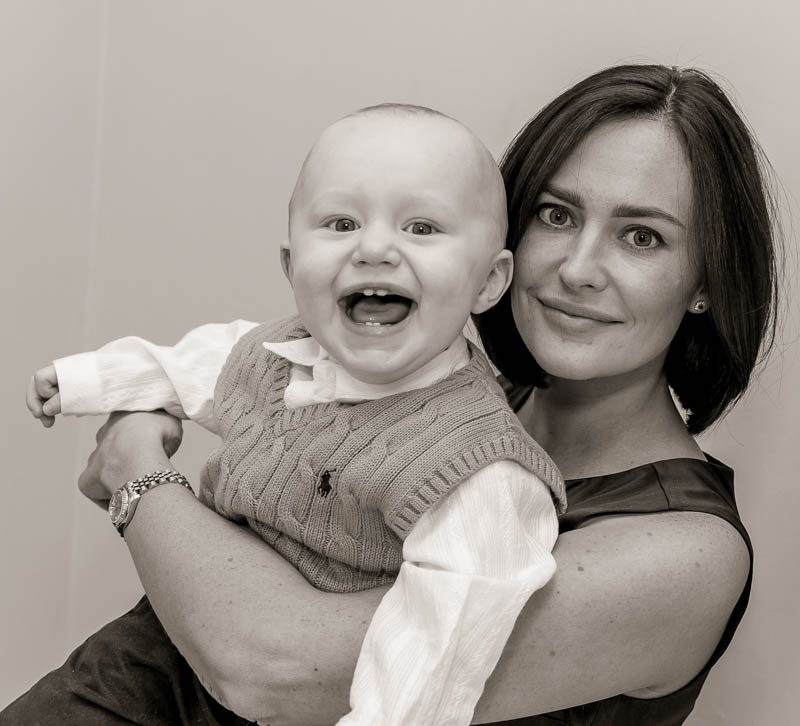 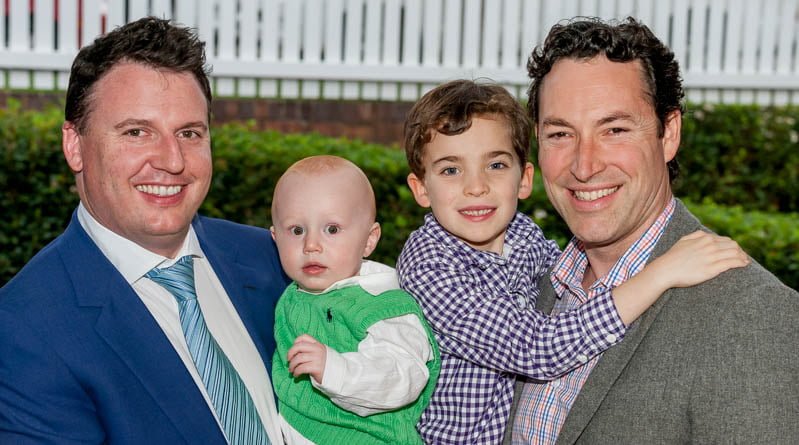 Then I photograph the siblings – why should they miss out on this important family occasion? I make sure I treat all siblings equally so no one gets more than their fair share in the limelight. 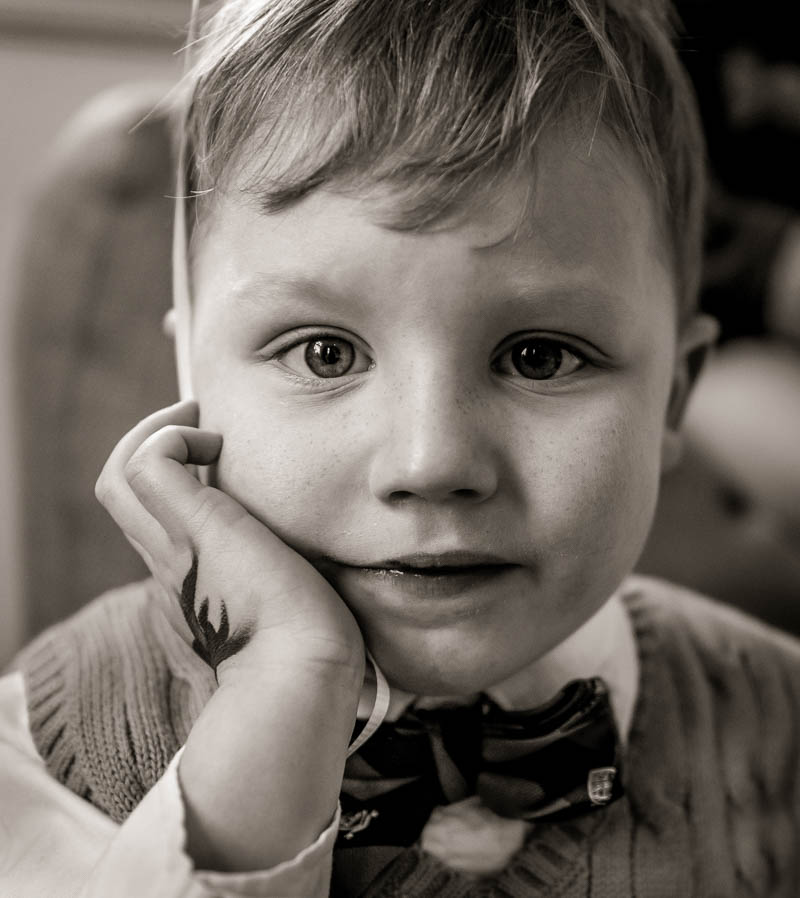 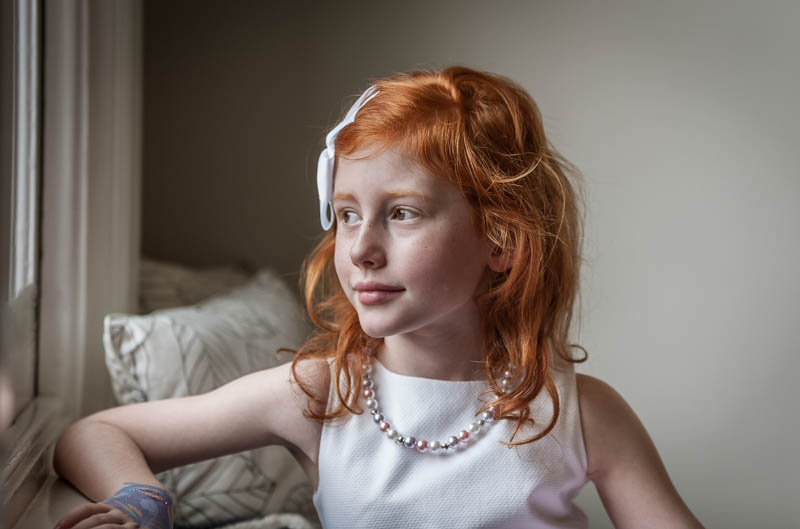 Finally, I want to introduce extended family and friends. 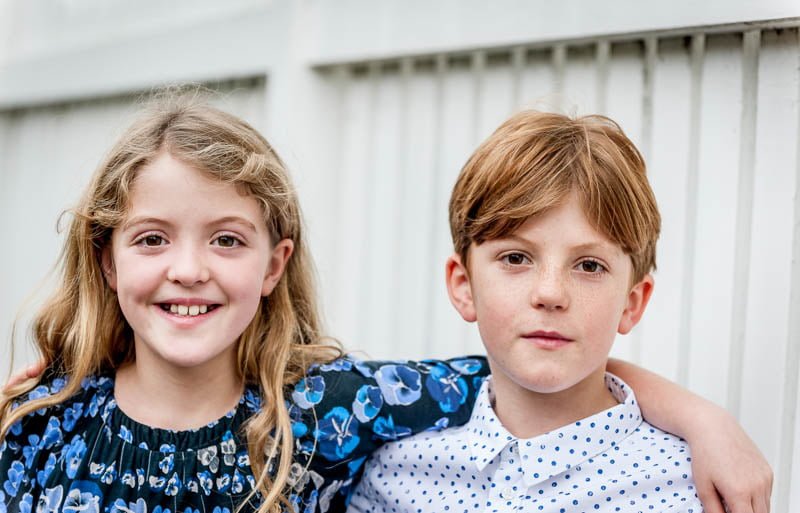 Grandmother and aunt from Melbourne… 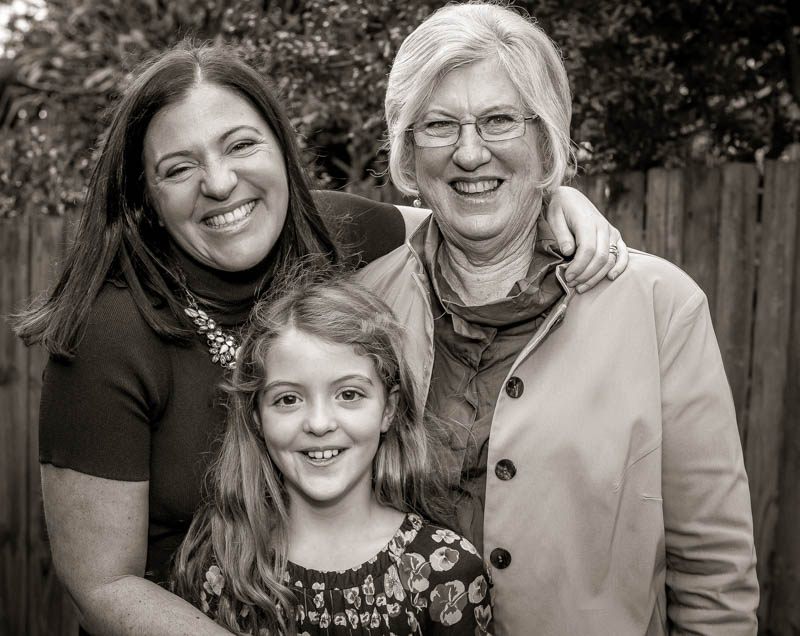 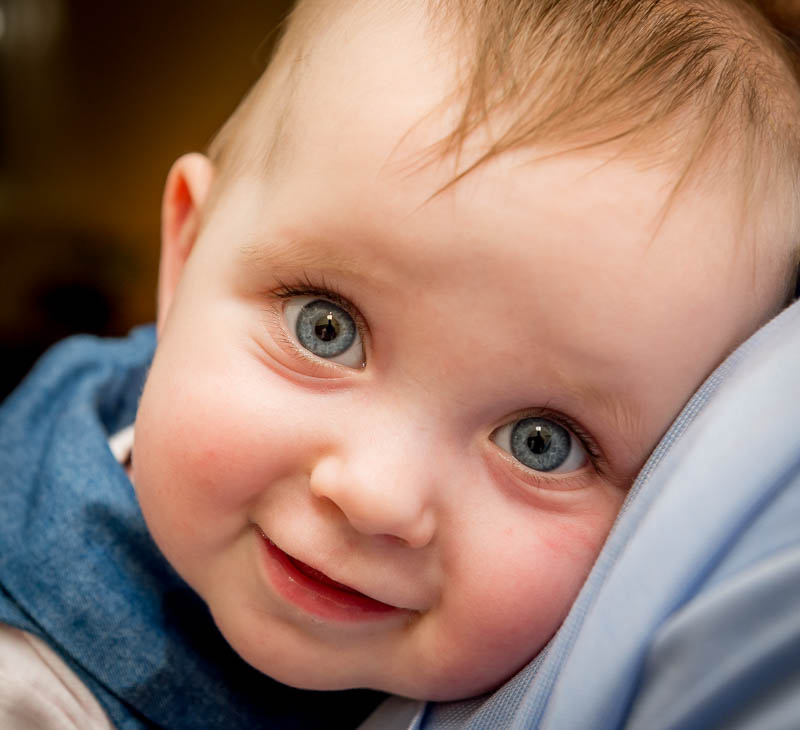 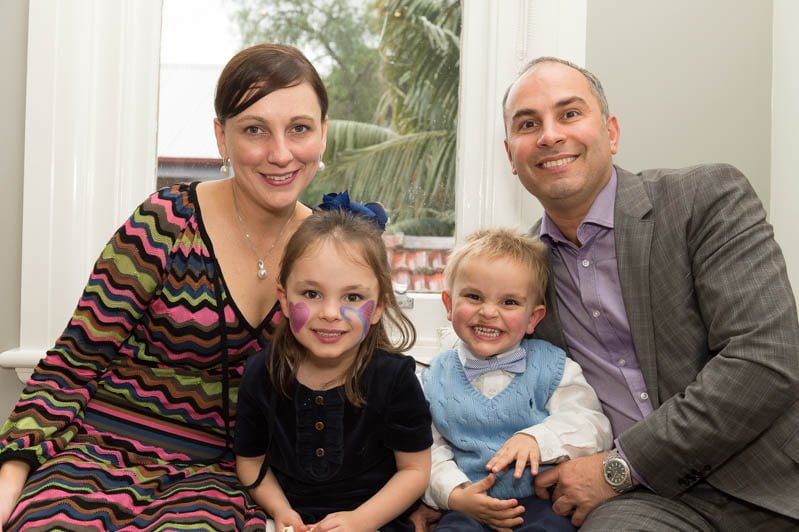 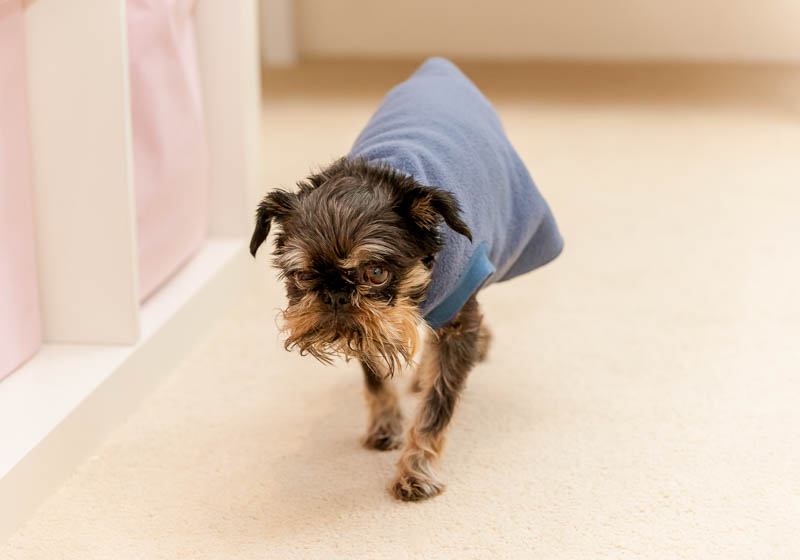 And let’s not forget the star of the party! 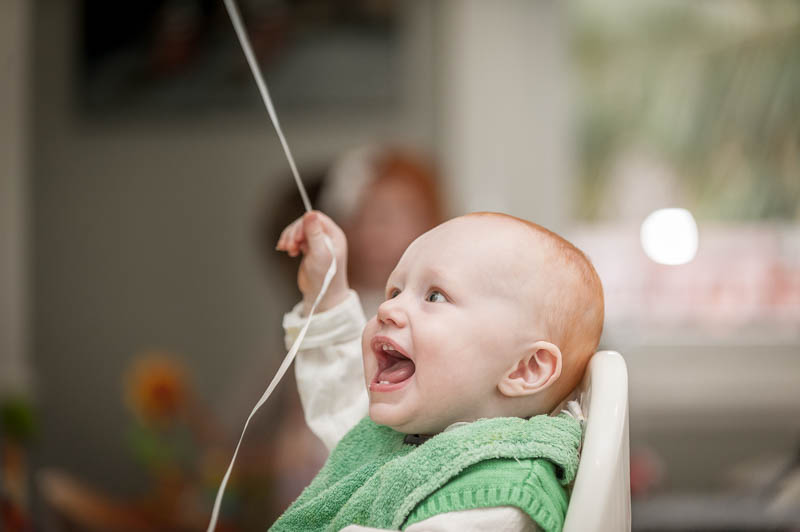 Friends and family having a chat. 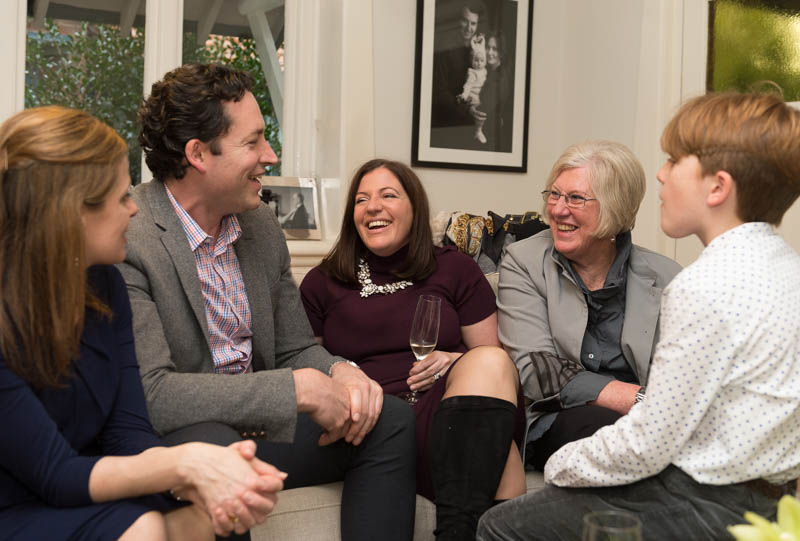 Generally I provide my christening clients with 250-300 photos. Each photo has a specific purpose that no one but the photographer knows about. I just want them to enjoy their important day while I take the photos, ever conscious of the role I play in their family gathering. And also, always choosing images for the photo book that will become a family memento of their christening.